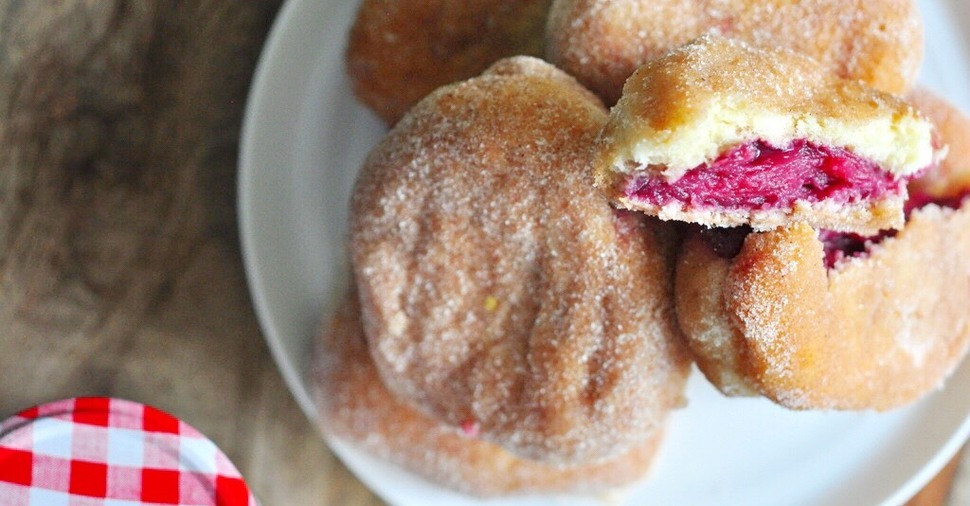 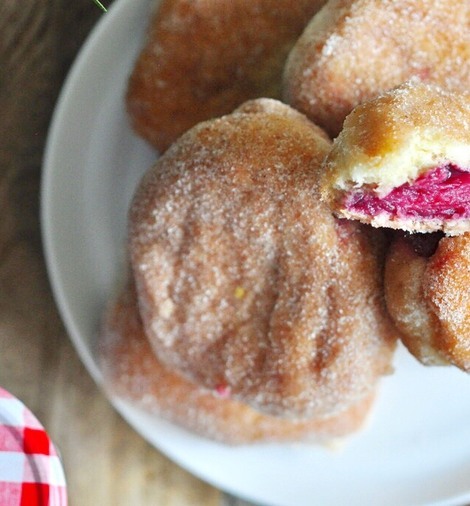 Bring milk to a simmer in a 1-quart heavy saucepan, then remove from heat and stir in granulated sugar and salt. Cool milk to lukewarm (about 90°F).

While milk is cooling, dissolve yeast in warm water in a small bowl, stirring until creamy, then let stand until foamy, about 5 minutes.

Pour milk mixture into a large bowl and with a rubber spatula, stir in 2½ cups flour, 2 tablespoons oil, eggs, and yeast mixture with a wooden spoon to make a very soft dough.

Spread 1 cup flour on work surface and put dough on top, scraping it from bowl with a rubber spatula. Knead dough, incorporating all of flour from work surface and adding just enough additional flour (if necessary) to keep dough from sticking, until smooth and elastic, 5 to 8 minutes. (Set a timer for this because it’ll seem like an eternity but it is a super important part of the process.)

Transfer dough to another large bowl and sprinkle lightly with additional flour, then cover bowl with a clean kitchen towel and let dough rise in a warm draft-free place until doubled in bulk, about 1½ hours.

Turn out dough onto a floured surface and roll out with a floured rolling pin until ½ inch thick.

Cut through filled doughnuts with floured 21/2-inch cutter, rotating cutter several times to help seal edges. Transfer rounds to a floured kitchen towel, then reroll scraps (only once) and make more jelly doughnuts in same manner. Cover doughnuts with another kitchen towel and let rise in a warm place 30 minutes.

While doughnuts rise, heat 3 inches oil in a deep 4-quart pot until it registers 375°F on your very important thermometer. Fry doughnuts 2 at a time, turning occasionally, until puffed and golden brown, about 2 minutes per batch.

Transfer as cooked to paper towels to drain. While still warm, toss them in a mixture made of your cinnamon and sugar. You can also skip this and dust them with confectioner’s sugar.